Fillmore is the first available area in ActRaiser. It is bordered on the south and east by ocean, with mountains to the north and forests to the west.

Fillmore Act-1 is a forest area. It is straightforward, and requires the use of trees as platforms. This is a great area for the Master to practice his skills. Most enemies are defeated in one slash, and the treant guardian only takes a few hits.

This is an excellent area for the Master to begin to foster his people. After sealing three Monster Lairs, the people will invent the Bridge to take out the fourth. If the Master guides the people to build a road westwards, this will eventually connect Fillmore to Bloodpool, auto-upgrading the corn fields in Fillmore to Wheat. Fillmore has a maximum population of 914.

The Master incarnates in a watery cave. Quickly, though, this leads into the ruins of a structure resembling a keep or fortified palace. There are two methods of reaching the room of Minotaurus; the upper path is both easier and has more items. The skeleton which guards the exit is much more agile than it seems.

Offering the Compass to the people of Fillmore (obtained in Bloodpool) will allow the people to navigate the open seas. Shortly afterward, they'll present a Source of Life to the Master. 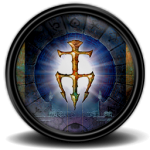 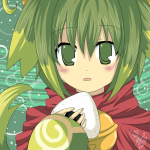